The link between credibility and reputation

Rebecca Clatworthy
Reliability
No comments yet

Credibility is a very complicated quality that influences your willingness to believe in what a person says or does. It is a term that applies to businesses and individuals.

The concept of credibility can be dated back to the days of Aristotle and his artistic proofs. He spoke of a proof (a form of persuasion) – ethos, which consisted of a person’s credibility.

The 3 pillars of credibility

As we mentioned earlier on, credibility is a complicated quality and the best way to break it down into a digestible concept is to look at 3 basic elements from which credibility is derived.


As much as this may sound like a pre-school lesson on good manners and morals, displaying these 3 qualities strategically and consistently enhances one’s credibility.

Without realising it, we go through various stages of attributing credibility to a person or company. Understanding how people evaluate credibility can truly help when trying to make a good first and long-lasting impression. 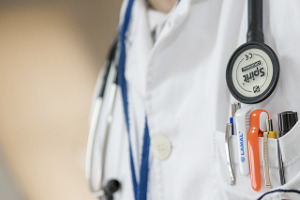 A quick example would be a doctor. A well-known doctor’s practice may have been recommended to you by a friend. Because they have had good experiences with this doctor and place them on a pedestal, your initial credibility is positive and you believe in their capabilities as a doctor and their ‘expertness’ in the medical field. You then pay a visit to this doctor and he notes all your symptoms and draws logical and reasonable conclusions about your illness and you gain confidence in his ability as a doctor and your transactional credibility is established. Just before leaving the doctor, he diagnoses you with something completely unrelated to your symptoms – making you want to seek out a second opinion, thus your end credibility is different to your initial and transactional credibility and you leave with a certain perception of this doctor (recency effect).

Why does reputation affect credibility?

Reputation is the sum of all perceptions held about a person or a company. Perception (or image) is uncontrollable – made up of unplanned messages sent out through actions, rumours, culture, appearances, service, quality, gestures and interactions.

Reputation building consists of a person or company shaping their identity – an intentional manifestation of their reality that is completely controlled – and exhibiting consistency in the images they project. A strong reputation comes about when image and identity align and there is consistency in all planned and unplanned messages. Inconsistent messages affect a company’s credibility because people are unable to believe in the actions or messages of a company or person because they are never guaranteed to be the same.

Think of it like this: if we, at DataRapt, state that our products have fewer than 0.5 bugs per 1000 lines of code, we have a reputation to uphold. If, however, there were actually 10 bugs per 1000 lines of code, we acquire a bad reputation because it would seem we are lying and people’s willingness to believe our statement would decrease. This would leave us with poor credibility and any future statements made would be questionable.

During interactions, we believe that if you keep the 3 pillars of credibility and the different types in mind at all times, you will build a solid reputation and establish well-known credibility.